Do you remember the unbeatable late 1990s?

END_OF_DOCUMENT_TOKEN_TO_BE_REPLACED

I’m involved in a social networking/Web 2.0-type project right now (and I refuse to disclose any details). Thanks to Vanity Fair, I just got a lesson in what happens if you fuck up. Needless to say, I’ll be keeping a close eye on my progress.

Just check out the video below … 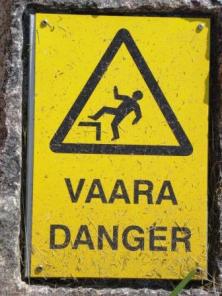 Just when I thought we’d all learned our lessons about “irrational exuberance,” it seems that Facebook is allowing an early stock deal for employees. For all those die-hards who took crazy option and stock grant deals in lieu of cash, Santa’s coming in September. In a one-time deal, employees will be able to sell some of their shares in the privately held company. Some employees will also be able to buy stock in this transaction. Pretty interesting.

This brings back fond memories of the ol’ internet days, when CMGi (remember them?) mattered, and working for one of their companies mattered. Well, I worked for one (Virtual Ink) for about 10 minutes, and I now reside in a space with less than 700 sqft. Maybe Facebook isn’t heading the way of my old gig, but I always get suspicious when I see these sorts of transactions.

But, the Facebook deal may make some sense. In fact, it can help the employees make some money now instead of holding out hope for an IPO or acquisition. They can take this opportunity to recapture some of the cash they sacrificed by taking equity, and they can diversify their portfolios. That’s reasonable. Also, there’s a cool employee retention angle here. Cash in pockets keeps employees from looking for higher-paying jobs.

The guys at LinkedIn– the social networking site for grown-up people– are getting in on this action, too. ValleyWag reported today that employees could sell up to 20 percent of their vested shares … based on an astronomical company valuation of $500 million! Of course, this compares to 2008 revenues (projected) of $100 million, making this deal crazier than Penthouse’s acquisition of Various, Inc.

If you want to see some real insanity, check out Comcast’s acquisition of DailyCandy. Comcast wanted to spend $75 million, but some how dropped $125 million on a fucking e-mail newsletter company. It’s absolutely absurd. More proof that I shouldn’t have majored in philosophy …

Could it be? A newspaper CEO is not a newspaperman?

I was shocked when I saw the Google News Alert on my Blackberry this evening. A MarketWatch story announced that Andrew Langhoff is becoming the new CEO of Dow Jones subsidiary Ottaway Newspapers. While Langhoff is no stranger to the media space– and has been with Ottaway for five years– he isn’t the traditional choice for CEO.

His predecessor, John Wilcox, started as a reporter and worked his way up the editorial and business ladders of the old print world. Before taking the helm of Ottaway, he had been and old school print guy, spending the past 40 years working his way up the newspaper ranks. Wilcox did do a lot to pull Ottaway into the present, but it was clear after the turn of the century that fresh blood would be needed soon.

Langhoff is an interesting cat. He served as SVP of the internet publishing division (the first leader of 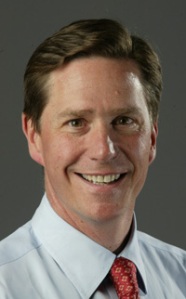 the then new group) while also the firm’s general counsel (the role into which he was first hired). He hired me back in 2004, and I lasted all of six months before finding a culture that suited me better (I spent the next year chillin’ as a freelance writer and loved it).

He was one of the few people there who actually had a vision for the internet, though Ottaway (like most newspapers) was rather late to the party. But, it was decidedly 1999. At times, though, it did seem forward-looking. I remember discussing Web 2.0 ideas with him, back when the movement was in its infancy. But, it came out in ways that were a bit dated. The notion of communicating and leaving comments on stories, for example, did sound a lot like some famous flameouts. Remember TheGlobe.com, anyone?

He did have a less-than-charming expression for using the whiteboard– “Langhoffing.” Apparently, this term arose during his stint with a dotcom-era startup where he held a business development position. I suspect that few, aside from the Chief Langhoffer himself actually used it.

I’m being a bit to harsh, here. He was thinking the right way, and many of his ideas were downright revolutionary in the newspaper space. Clearly, there was a cultural shift. The Medford Mail-Tribune, an Ottaway property, now uses Twitter to announce the availability of new stories online. Before Langhoff arrived at Ottaway, that would not have been possible.

It’s hard to say where this will take Ottaway. This is a pretty radical move for a newspaper company, and the industry is in dire need of original thinking. If anyone is fit for the task, it is Langhoff. Before things soured for me at Ottaway (and my attitude with it), I was quite happy working with him. But, I wonder if the industry is too far gone. Also, I think is web-savviness is about half what the newspaper chain needs to get back on its feet.

So, best of luck, Andrew. I hope you are able to find the right combination to keep print newspapers relevant.