Yes, the same people who have banned dancing and television have entered the 21st century. While watching a rerun of Big Love, I figured it would be interesting to see if the Fundamentalist Latter Day Saints (FLDS) have an online presence. Not only are they on the web … they’re taking donations! By PayPal!

They FLDS crowd, you know, the polygamists, they maintain three websites. I guess there aren’t many of their own people crusing the internet for information on “celestial marriage” and that the sites are intended for apostates like me. You can learn more about these clowns at:

I’m not normally in the business of promoting websites for organizations that I find repugnant, but I do so here for two reasons. First, this is a chance for you to learn their beliefs for yourself directly from those who believe it. You shouldn’t just accept my judgments. Come to your own conclusions. Also, this stuff is crazy. I want people to know about it so they can be aware of the bizarro influences out there.

Do note that the third website actually has (a) multimedia and (b) the capability to accept donations! I do hope you’re not nuts enough to cough up some electronic cash for them.

Well, while poking around the web, I learned some interesting facts about the FLDS crowd:

So, if you aren’t creeped out enough by these guys, take a look at their fabulous new home, the Yearning for Zion Ranch. And you thought the Kennedy family had a compound … 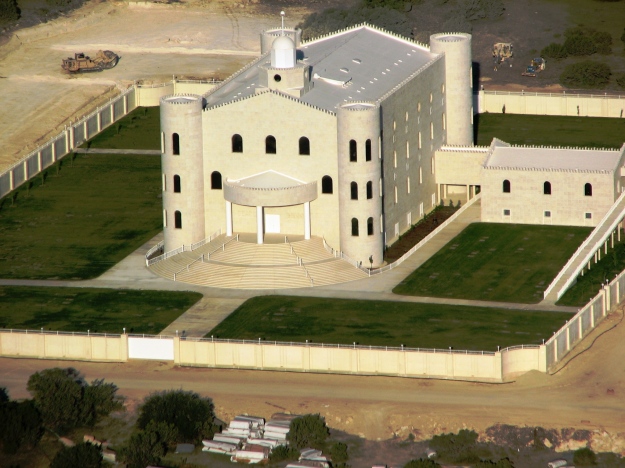